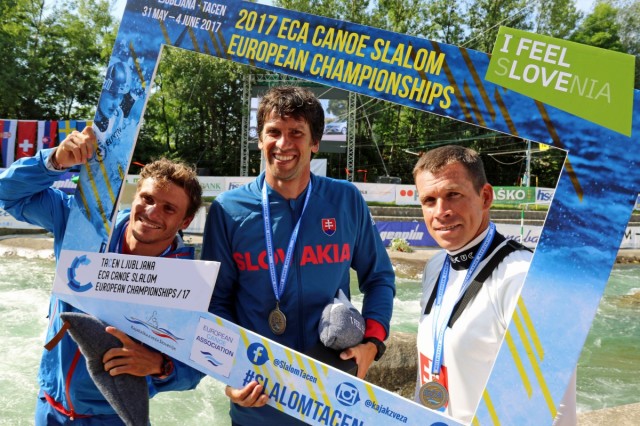 During the last competition day of the 2017 ECA Canoe Slalom European Championships in Slovenia the remaining two categories were held. In women’s kayak final Corinna Kuhnle won her first gold at the European Championships. Two-times World Champion was the fastest already in the semi-final. In the final run she had a touch but still managed to cross the finish line one second faster than all the others.
Austrian had a lot of success at the course on the Sava River already in the past. She won her first World champion title here in 2010 and also reached the podium at World Cup races. “This is definitely my favourite place. It was awesome racing. It has been a tough couple of years trying to make the podium again at one of the bigger races. I am just really relieved at the moment.”
At first is seemed it will be a double win for Austria as Lisa Leitner produced the second fastest time, but was later disqualified because of the boat which was too light. At the end Stefanie Horn picked up silver for Italy and Marie-Zelia Lafont bronze for France.

In the last event of the championships – men’s C1 final – Slovakia won gold and a bronze medal. It was Alexander Slafkovsky who managed to defend his European Champion title from last year’s championships in Liptovsky Mikulaš. He was 2.71 second faster than Thomas Koechlin from Switzerland and another Slovak canoeist Michal Martikan, multiple Olympic medallist, who was second last year, picked up bronze medal.
Alexander Slafkovsky also won a silver medal at the 2005 ECA Canoe Slalom European Championships in Ljubljana, “Twelve years ago it was my first individual medal. It is interesting; this is quite a long time ago. In 2005 I had a medal as well as Pero [Kauzer], so I hoped we will both have it this year. He did not make it yesterday, but I focused on my run. Twelve years ago I had silver, and I knew I can do better.”
The 2018 ECA Canoe Slalom European Championships will be held in Prague, Czech Republic.

Video from the championships can be found at ECA Youtube Channel – Canoe Europe: https://www.youtube.com/canoeeurope 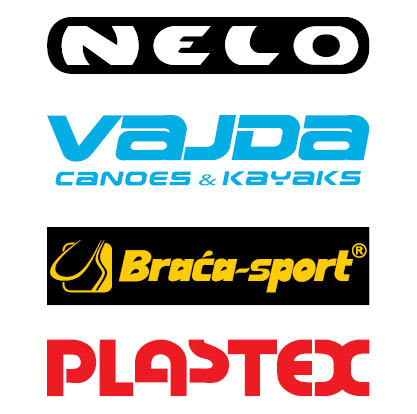